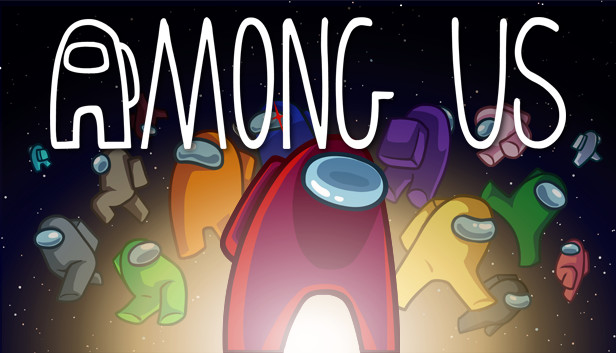 Despite the overwhelming popularity of Innersloth’s Among Us during the past few years of quarantine, until now, I had never played it — as a self-identified bad liar, I rarely seek out social deduction games. I’d never even watched a playthrough, so in playing this game for the first time ever this week, I went in about as blind as someone living in our Among Us-obsessed society could be in the year 2022.

Among Us is a social deception game playable on Windows, Android, iOS, and most popular consoles by groups of 4-15 people. It can be played with strangers via an online lobby or with existing groups of friends in private lobbies — I played in a group of 5 long-distance friends, including myself (I played on iOS, but pretty much everyone else was on Windows).

The game’s core objective is much like any other social deduction game: out of the group of players, one is a traitor, and no one but the traitor knows who it is. In this case, the traitor is called the Imposter and all other players are called Crewmates. The Imposter’s objective is to kill all Crewmates without being discovered; the Crewmates’ objective is to deduce the identity of the Imposter before they are all killed. Each time a murder is discovered, all players have the opportunity to discuss the suspected identity of the culprit and then vote somebody off the ship (or skip the vote if they’re still uncertain, whatever the case may be). This continues in rounds until either the Imposter is eliminated, or all Crewmates have been killed.

However, Among Us has many additional mechanics that make it quite a bit more involved than a game like Mafia or One-Night Ultimate Werewolf. During the game, Crewmates have four main abilities: do “tasks” on the ship, call Emergency Meetings (the game’s name for a round of elimination voting), report dead bodies (which also triggers a voting round), and vote to eliminate other players. If the Crewmates are able to complete all tasks before the Imposter kills them all, the Crewmates win, even if they were never able to discover the Imposter. Likewise, the Imposter has four main abilities: kill other players, sabotage the ship, “vent” (teleport from vent to vent to travel quickly across the map), and vote to eliminate other players. If the Imposter is able to sabotage the ship without the Crewmates resolving the emergency in time, the Imposter wins, even if they were unable to kill all Crewmates. Thus, there are additional win conditions.

Completing a task (most don’t involve much more than a button press or a few swipes).

Because of these mechanics, the game also has a higher learning curve than its purely discussion-based counterparts — a player’s ability to navigate the ship (and game UI), sneak around, successfully complete tasks, and run (either after or away) from their peers is just as crucial to their success in the game as their ability to deduce, deceive, and argue. There are thus more ways to be bad at Among Us than there are at Mafia — but, for those like me who don’t consider the social aspect to be their strong suit, there are more ways to be good at it as well.

Walking around the darkened ship. Pressing that button on the table triggers an Emergency Meeting.

Among Us is a game for all ages (rated 9+ on the App Store) with a silly, cartoonish visual style and sense of humor that seems loosely targeted toward a younger audience but has the capacity to appeal to everyone. As it is nearly impossible to play the game without speaking to (and eventually antagonizing) the other players, it’s targeted toward an audience that enjoys aggressive social games. The fact that it lacks a built-in voice chat despite gameplay designed to encourage spirited group arguments suggests that its ideal audience is existing friend groups who are able to set up an external voice chat alongside the game (my friends and I used Discord voice chat during our play session). It’s also best suited for long-distance friend groups, since, unlike games like Mafia, Among Us can’t be played offline and most of its opportunities for deception rely on the players being unable to see or hear each other outside of voting rounds.

I had a ton of fun playing this game for the first time, and I now understand what all the hype has been about. Its format gave rise to such moments of chaos as when one person in our group — after being randomly assigned Imposter for the first three games in a row — called an Emergency Meeting not five seconds into the fourth game to assure us all that they were not the Imposter this time. Of course, an Emergency Meeting is also a voting round, so we looked upon their desperation with suspicion and unanimously voted them out. As it turns out, they were telling the truth; they were not the Imposter. Another catastrophic moment came when, by pure coincidence, me and another player both thought we saw a third player crawl into the vents. Having corroborating stories, we made a passionate plea in the next voting round to eliminate them — the group trusted us and the suspect was voted out, only for us to learn that they were not the Imposter and both of us had merely been mistaken. I see now what people mean about Among Us‘s capacity to make and break friendships. (That player targeted both of us relentlessly for the rest of the game.)

Aside from a few bugs (such as one player’s post-murder ghostly form getting accidentally ejected from the map and into space, rendering them unable to return), the only thing that comes to mind that I might improve is the voting system — the voting UI was a bit unclear, so at first I didn’t understand whether I was voting or passing on any given round. However, my confusion was quickly resolved by some clarification from my friends, and aside from that, I found the gameplay surprisingly intuitive. There’s always an initial trepidation in playing a team-based social game for the first time with people who are already experienced with it, but my worries were quickly resolved by the game’s straightforward interface. Overall, Among Us‘s format made it possible to seamlessly slip into lively conversations and arguments with friends I haven’t spoken to in quite some time, and two hours of play had passed by before we even noticed — based on that alone, I would say my first experience with the game was a very positive one, and I’m looking forward to the next time I can play it with friends.