For this week’s critical play, I played the single-player mode (Octo Canyon mode) of Splatoon 2 on Nintendo Switch. Splatoon 2 is a 2017 third-person shooter game developed and published by Nintendo, which includes a story-driven single-player mode and various online multiplayer modes. The target audience of this game is players 10 years and older.

In the single-player mode, the player’s objective is to go through all the levels in the Octo Canyon. The canyon has five sectors and each sector has hidden, invisible kettles as entries to the levels. The player needs to find those hidden kettles by exploring the map and finding paths to the kettles. 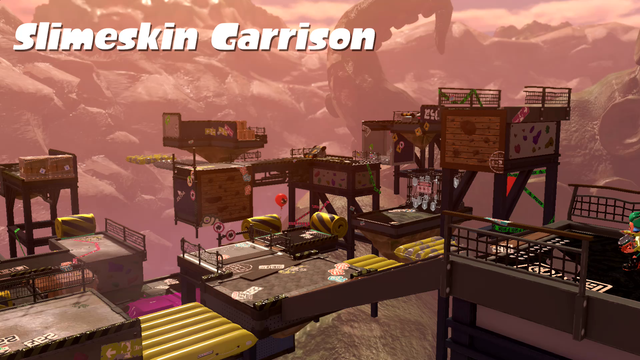 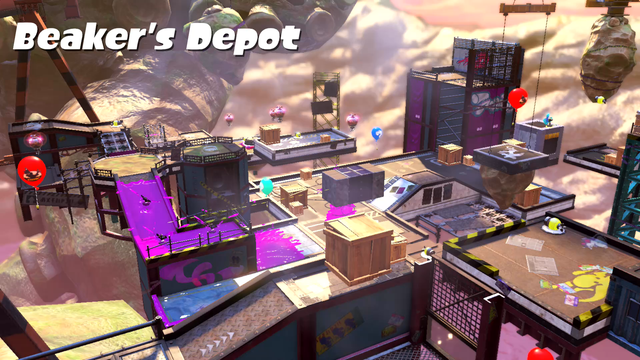 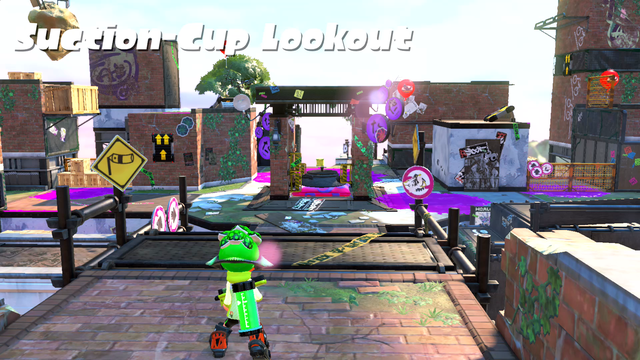 Once the player finds the kettle, they can ink the kettle and turn them into entries. That is an epic success moment for me when I did that the first time. I was very lost at the beginning because I couldn’t see any kettle in my sight. I went back and forth on the map and shoot ink anywhere to look for one. It took me half an hour to find all the kettles and I felt very happy when I did so. 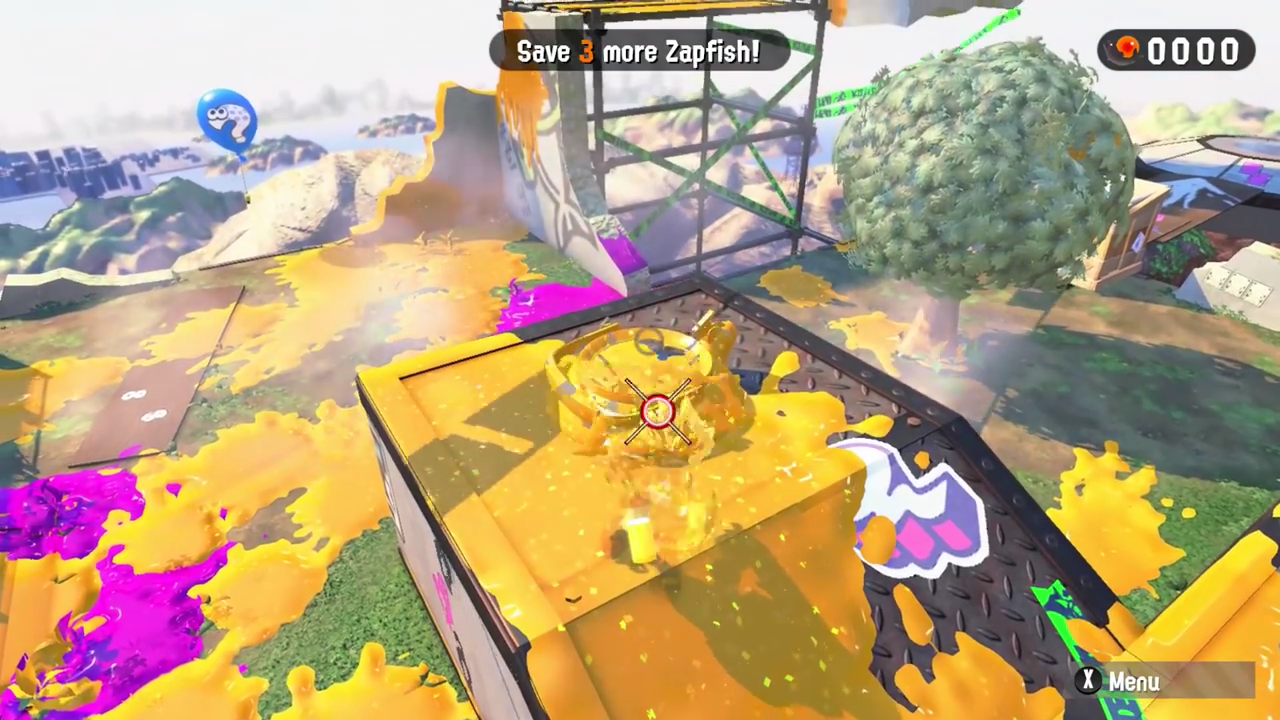 There are a lot of objects that the player can make use of to make routes, like moving platforms, ink rails, sponges, bouncing pads, etc. The resources in this game include weapons, “fish money” that can be used to upgrade weapons, and the player’s knowledge of how to make use of different objects to build a path. 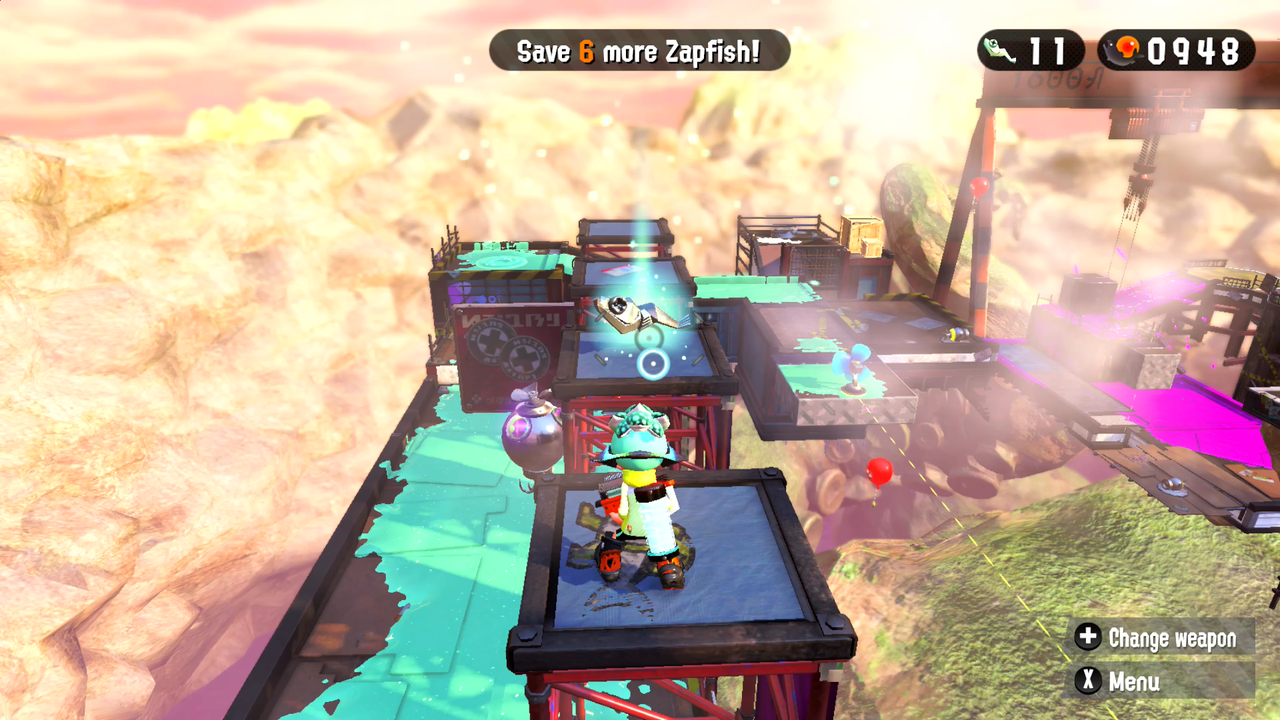 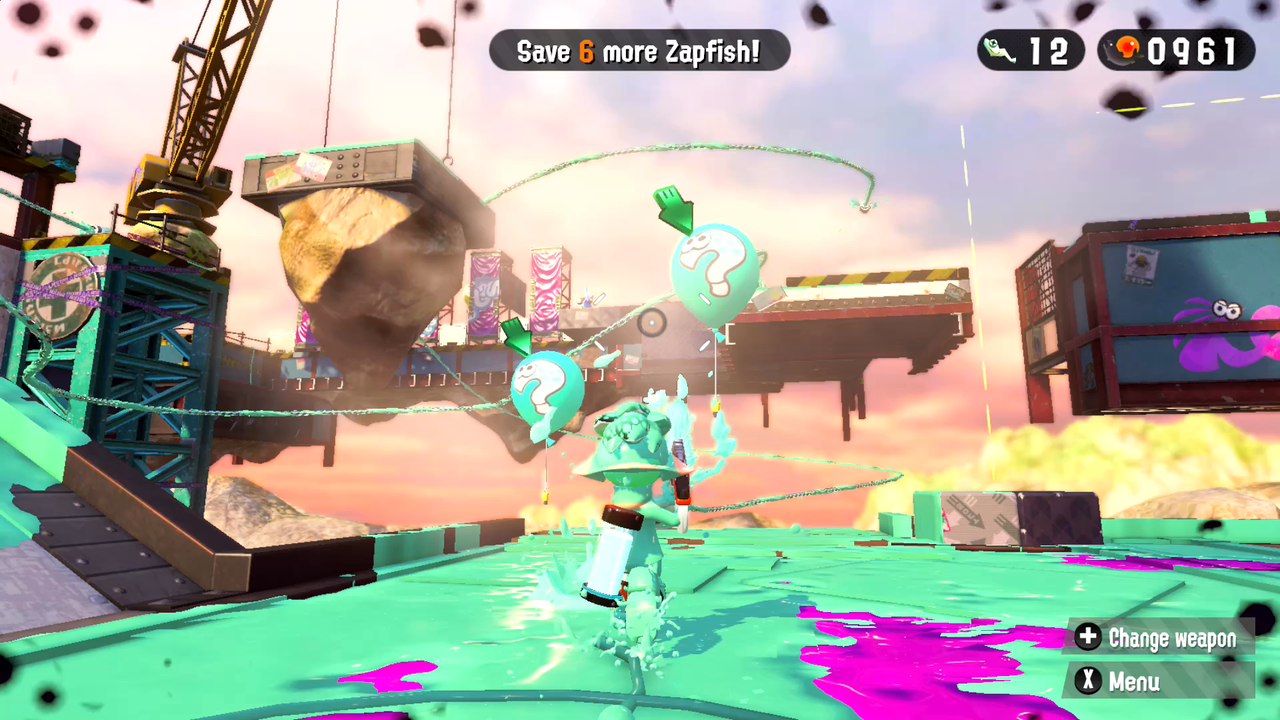 How the mechanics of the puzzle affects the game

The mechanics of this game are impressive. There is a large number of mechanics in this game and there is a wiki page for them (https://splatoonwiki.org/wiki/Category:Mechanics). They are hard to be shown with screenshots so I found a video on Youtube [!!SPOILER ALERT!!].

The abundance and complexity of the game mechanics make the puzzle-solving progress creative and interesting. There are an enormous number of ways that these mechanics can combine to form different solutions/paths and the player gets surprised whenever a new mechanic gets introduced. This game never lets the player feel boring by adding new mechanics whenever the player thinks they have mastered one.

Splatoon 2 is mainly an action-based game, but the puzzle elements allow for creativity and whims from the player to provide a mix of challenges of motor skill and thinking. Players with different preferences can enjoy the different parts of the game.

Moreover, because this game is on Nintendo Switch, which markets itself to be a shared console played by families and friends, having different types of challenges can appeal to different users using the console. For example, I love solving puzzles and my younger cousin loves shooting games, and we can both enjoy Splatoon 2.

Things that I would change to make this game better

I would add more hints for the players when they get stuck. There were times when I was very frustrated by not being able to find the last kettle in a section. It would be great if the system provides some subtle hints when the player has been wandering on the map for more than ten minutes.