Monument Valley is a visually stunning puzzle game that gets more challenging as you progress through the game and get over obstacles. The objective of the game is very straightforward: get the protagonist (Ida) across different platforms and bridges to the finish line (marked by a special square for the player). The game is suitable for most people who enjoy nice-looking environment and/or love solving puzzles. Per the creators, the game was made without a target audience in mind [1]. That said, they did state their intention of appealing to people who are not avid gamers/play games often.

One of the most prominent aspects that makes this game popular is the puzzles themselves. They consist of incredibly pretty and physics-bending obstacles that are aligned in a way to construct different optical illusions. The player then needs to figure the needed combo of rotating blocks and columns in order to create a pathway. In this sense, the game affords for the challenge type of fun since it relies on players thinking about creatively finding solutions to the puzzles. 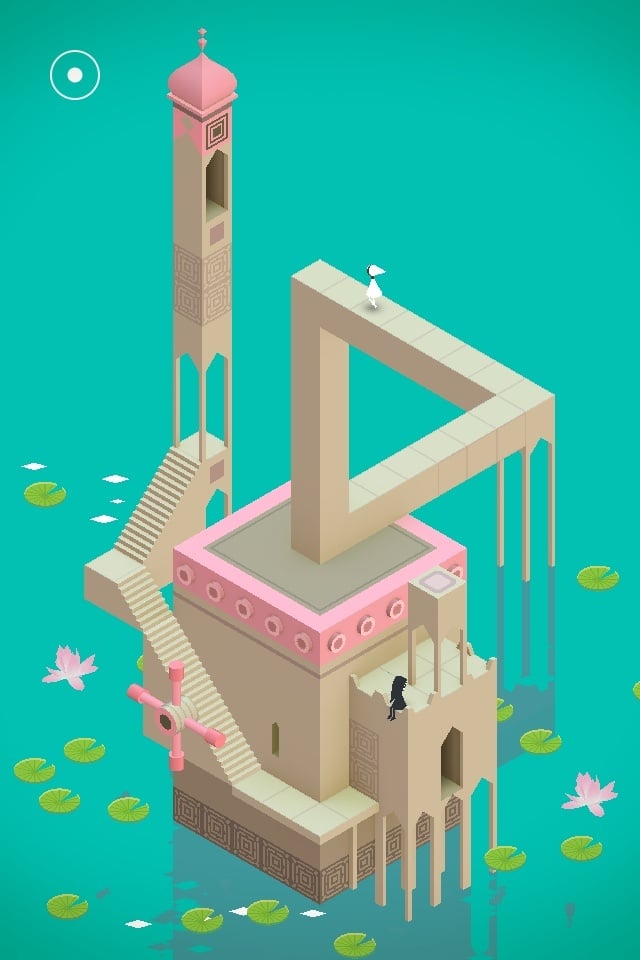 Another noticeable type of fun that I got out of the game was sensation. Having won many awards including one from Apple for best design, the game does not disappoint in delivering the most stunning environments (coupled with a somewhat minimalistic yet expressive art style) for players to ponder as they try to wrap their heads around ingenious optical illusions.

Some might also say that the game allows for a narrative type of fun, but I’d somewhat disagree. Yes, there are the occasional speech bubbles that come up that tell some story. In my opinion, this was somewhat of a weak point of the game for me. The speech bubbles only show up between levels which feel a bit disjointed and makes plot progression extremely slow especially if you find yourself stuck on a puzzle to the point where you forget what the game is about, story wise. The environment and level design, although incredibly creative and aesthetically pleasing to look at, feels unrelated at times to how the narrative is progressing. I wish there levels were more attuned and tied to the narrative.

Another aspect that made the game less fun and sometimes slightly-irritating at times was when I found myself stuck trying to solve some of the more difficult puzzles with no help in sight. Feeling like I have not made any progress after trying to solve a level for quite a while gets very unpleasant as the minutes go by. I would add some  sort of mechanism that would give subtle/slight hints that could help as time goes on. e.g., give a small hint after x minutes.