Our game is a combination of farming simulator, creature collecting, and bullet hell where players will need to strategically build a farm, grow plant-creatures, and defend their farm from incoming monsters. The game begins by setting up the narrative (explaining how you became a farmer) and walking through the core mechanics of growing crops/creatures, battling enemies, and upgrading your farm. 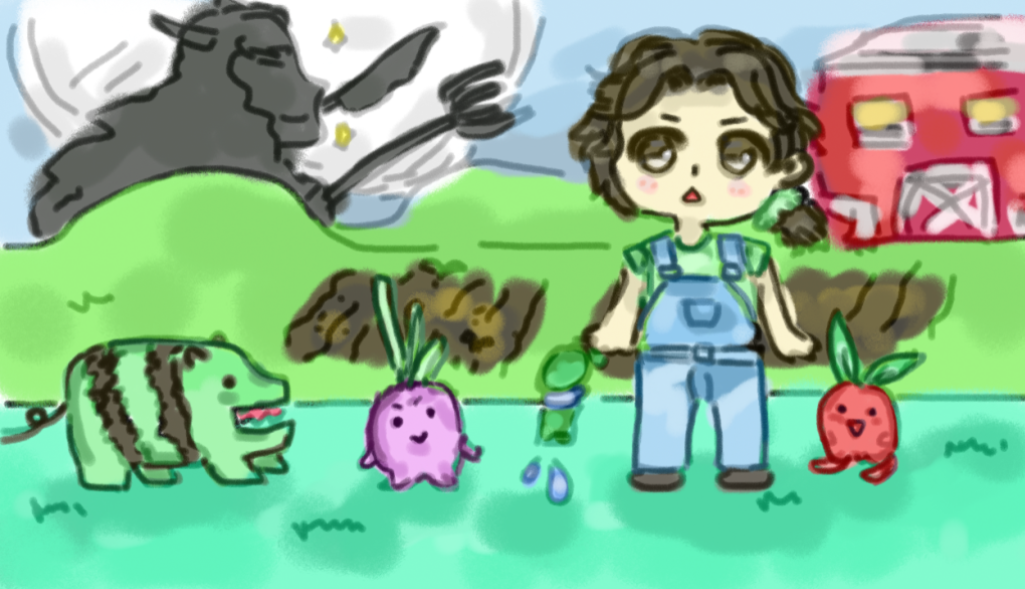 (Concept art for our game)

Our story takes place on a farm near a small rural town. The town is full of interesting characters that will both help you and depend on you as you develop your farm. Unfortunately, your farmland is surrounded by an enemy-infested forest that you’ll need to clear out if you hope to expand.

You inherited a small plot of land from a deceased relative, and you want to use this land to become a farmer! As you progress, you will need to expand your farmland by clearing out the surrounding forest. This destruction angers the guardian spirit of the forest, and they send waves of enemy monsters to try to destroy your farm and send you packing. Will you be able to build the farm of your dreams and create a life for yourself in a new town all while fighting off an angered spirit?

Our target audience is people who are fans of both farming sims and monster-collecting games, as well as those who enjoy ridiculous premises that combine a cute/whimsical aesthetic with potentially darker themes. The game will involve a combination of twitch and strategic gameplay, so the ideal player would be comfortable with both.

The general gameplay would follow the activities of farming plant-creatures, expanding or leveling up the farm, and battling enemies to defend the farm and progress the narrative. Within this, the plant-creatures serve many possible roles up to player control, including using them as assistive battlers, selling them for money, or consuming them for recovery or other benefits. 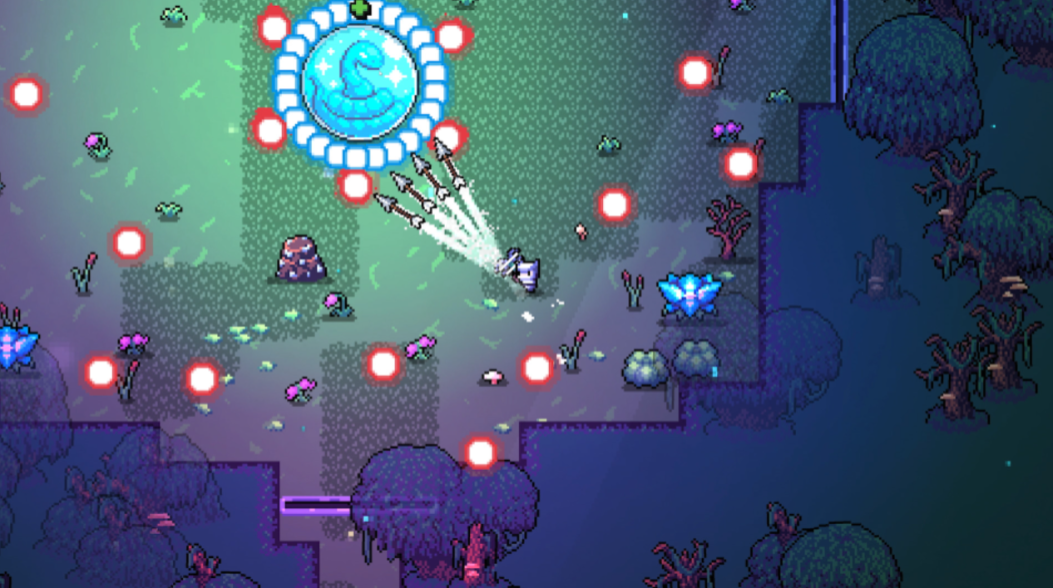 Specific mechanics we discussed including and iterating on to further this gameplay revolve around fostering the plant-creatures and their uses, battling, and narrative. 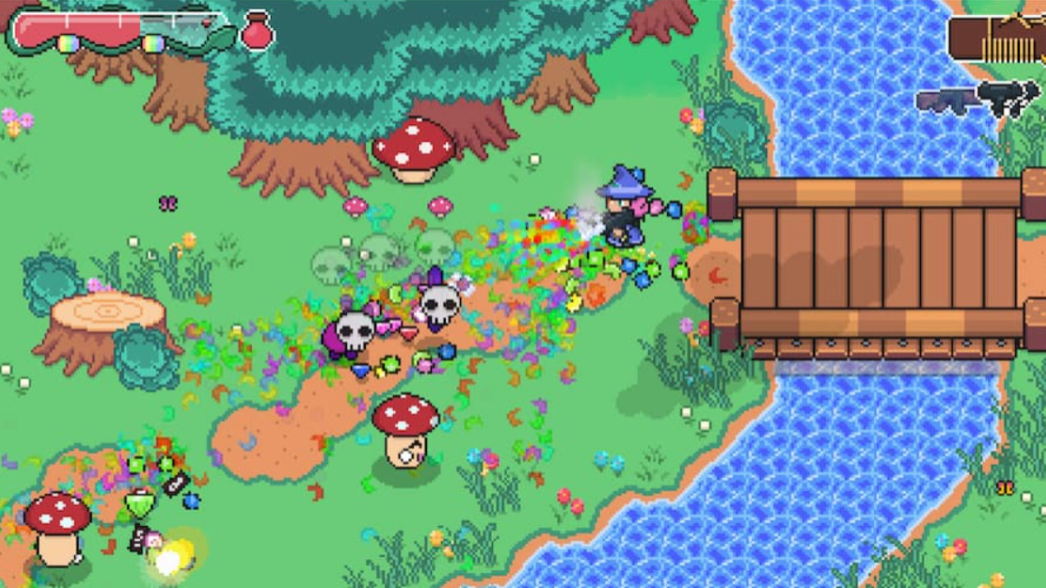 (On left, a pig-like watermelon creature. On right, a small, sentient turnip.)

Before settling on the direction of our current concept, we discussed many different ideas for our game, ranging from cyberpunk to fantastical exploration to interactive online texting. See the many distinct moodboards and ideation our team went through here: