Both
Platforms: All of them basically!
Audience: All ages, made for casual gamers as the levels are generally fairly short and the visuals and sounds are playful 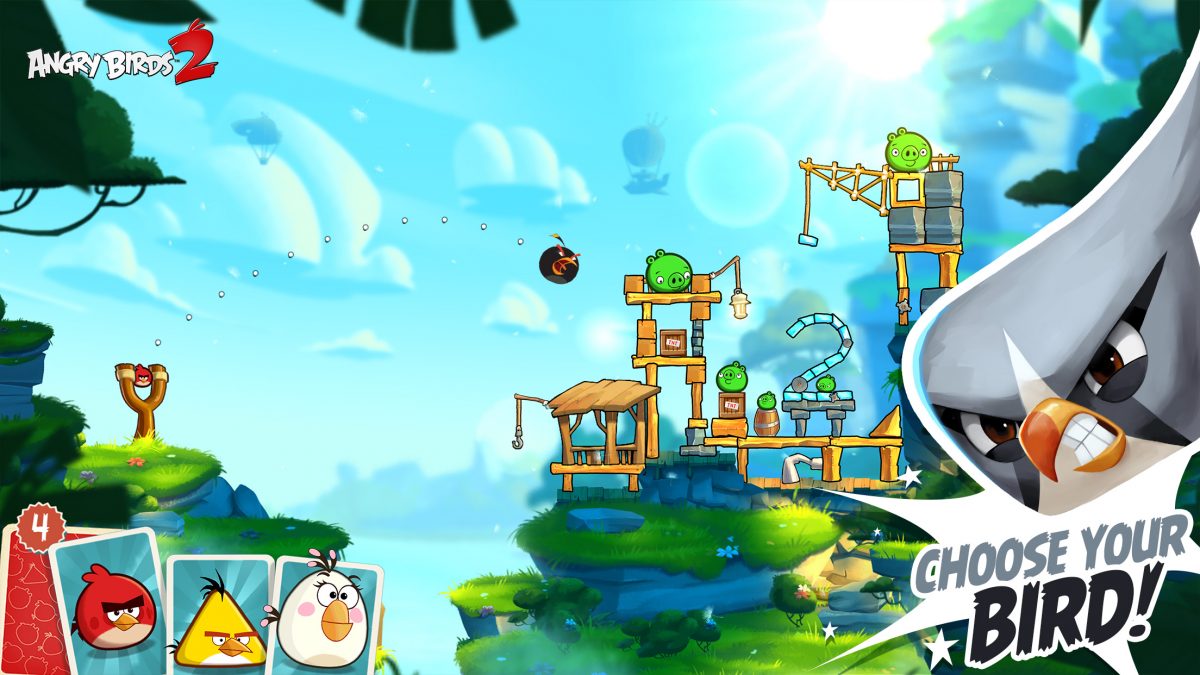 Angry Birds is a single-player physics game in which players fling birds to knock down a tower containing enemy pigs. They pull back a slingshot, and the bird gets launched across a 2D side-view of a field. The tower is composed of stacked wood or stone blocks, and there are a limited number of birds that they can throw per round. 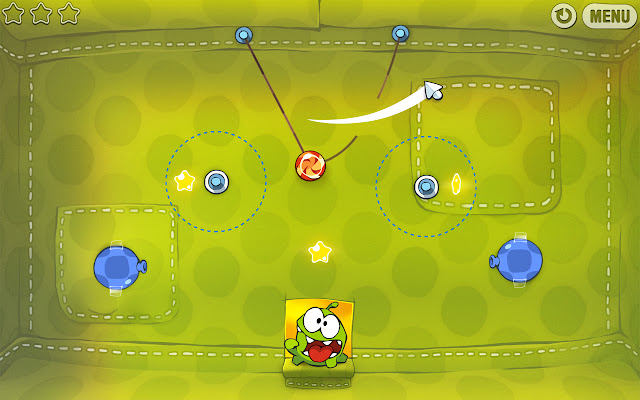 Cut the Rope is a single-player physics game in which players attempt to feed a hungry lizard by dropping a piece of candy into its mouth. The levels begin with a piece of candy suspended by a set of ropes at the top of the screen. Depending on when and which ropes are cut, the candy will fall through a series of obstacles and hopefully make it into the lizard’s mouth.

Though the theming in both games is very cartoonish and whimsical, the scope of the environment as well as the character design change the dynamic of the experience quite a bit. In Angry Birds, the setting is a large field, while the setting of Cut the Rope is a cardboard box. This creates a grander, more physically impactful experience in the former, and a cuter, more intimate one in the latter. Additionally, the birds are angry and trying to knock out the pigs, which adds more aggression and conflict to the game, while in Cut the Rope, the lizard is cute and friendly, and the goal of feeding it makes the dynamic feel more cooperative in nature.