Bloons Tower Defense 5 is a single player Flash game where you start out with a track and a certain amount of money. Once you start the first round, balloons (bloons) start streaming in from the beginning of the track towards the end. You can use your money to buy different weaponized monkeys and place them on the track. These monkey can then shoot at and pop the incoming bloons. 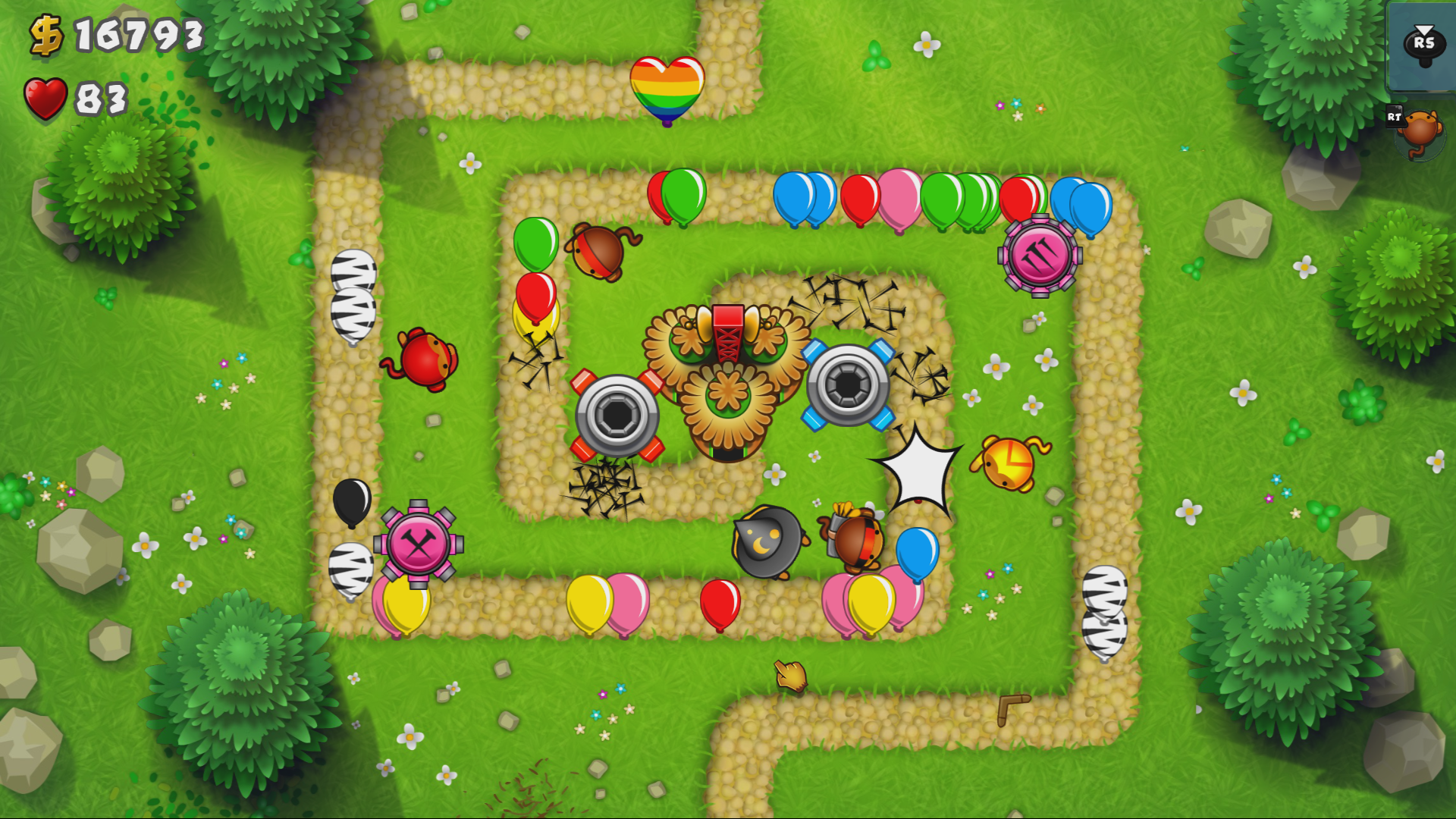 The game gets more interesting as it goes on because of some of the mechanics built into the game. Each successive round of the game gets harder and harder. The bloons start moving faster and the bloons start to come with more layers so monkeys have to shoot a bloon multiple times to pop it. Also, there are lots of different monkeys to choose from when purchasing. In general, the monkeys that are the fastest at popping bloons are more expensive but monkeys also have different powers. Some can pop lead bloons or camo bloons.

These mechanics lead to a dynamic of strategizing smart spending for the player. Using your limited money, the player needs to decide which monkeys are the most “worth it” to buy and also when the best time to buy them is. Just like in real life, there is a danger to spending all your money and having no liquidity. If your monkeys are overwhelmed and can’t pop all the bloons, you better have a reserve of money to buy a monkey for a last line of defense before you lose.

Another dynamic in the game is “investing” your money. The user has an option to buy banana farm in addition to their monkeys. If you put in the cost upfront to buy the banana farm, you immediately start getting payment back as your banana farm makes money. The choice the user has to put down investment or not adds an element of cost benefit analysis to the later stages of the game.

These strategy dynamics make the game really fun and addicting because the more you play, the better sense you have for which monkeys are most optimal to buy. Then, you can last for more and more rounds of the game until eventually you can beat all the levels.