Portal is a puzzle game by Valve where the player uses a portal gun to solve various puzzles in a testing facility, guided by the antagonistic robot voice of GladOS. The game has all of the aspects of a first person shooter (a ‘gun’, possibilities of death, and a first person camera view), but is actually a nonviolent puzzle game, shifting the target audience away from first person shooter fans and towards puzzlers. Portal succeeds in weaving in puzzle-solving to its narrative, relying on the fun of the intellectual stimulation of puzzle-solving while still giving the player a sense of story as they progress through the levels (and the eventual boss battle puzzle) of the game. One small example of this combination of puzzle-solving and narrative is the famous companion cube. On its surface, the cube acts as yet another tool for puzzle-solving (you can place it on buttons to open doors), yet Portal assigns more value to it by using the isolation of the testing chamber to imply a sort of companion-type relationship between the player and the (inanimate) cube. 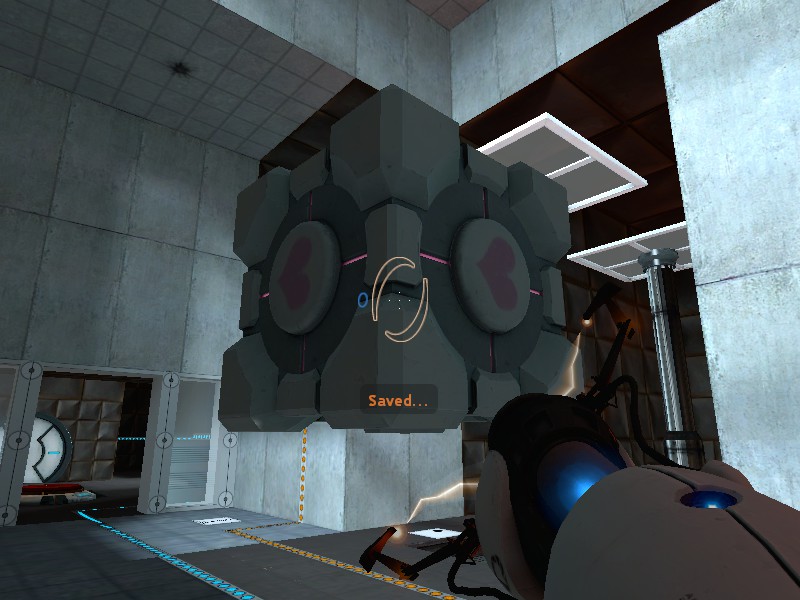 I don’t think I could think of ways to improve Portal, but I can marvel at how effectively it integrates puzzle-solving into an engaging, well-paced game. The mechanic that the game relies on is the idea of portals — the player has a gun that shoots 2 portals (a blue portal and an orange portal) that transport objects from one portal to the other. While the idea seems simple, it requires the player to completely shift their normal process of spatial reasoning.

One such shift is the way that the player must think about speed in order to solve some of the puzzles. One new dynamic that the portals change is the idea of how speed is developed and maintained. By simply placing a portal on the ceiling and the floor, the player is able to generate infinite speed, as can be seen in the picture below. 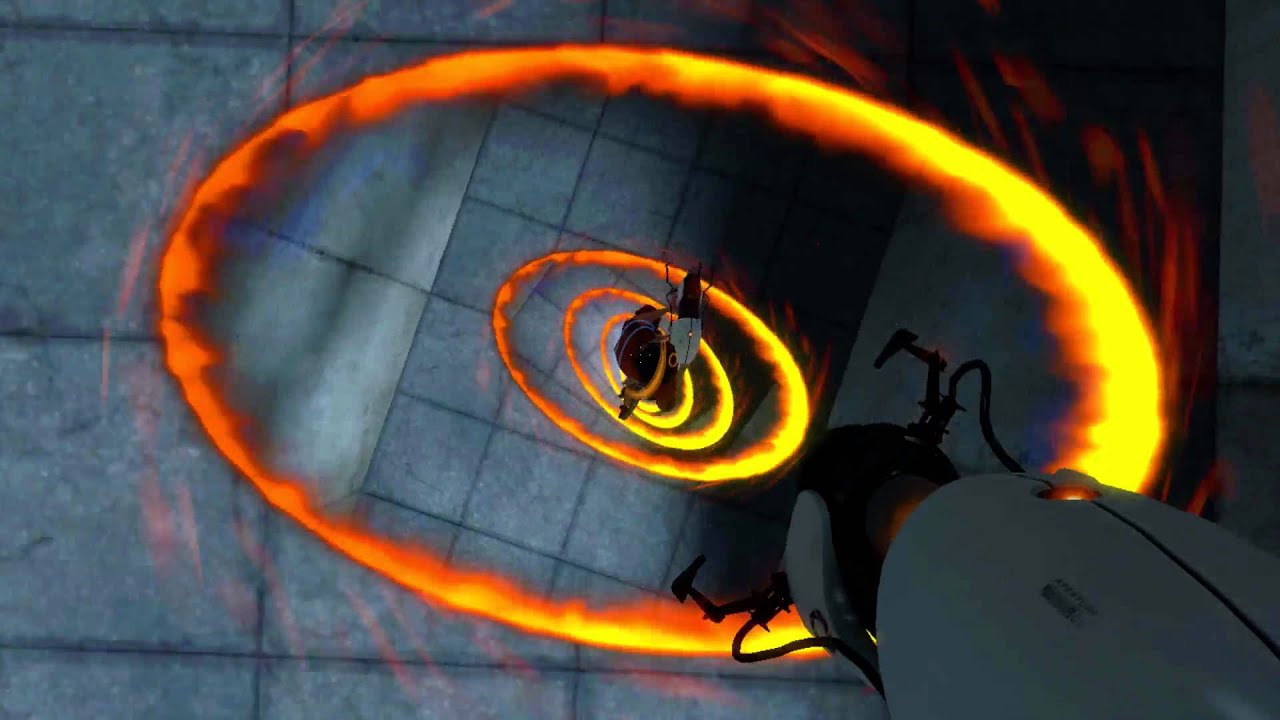 While this trick alone might not be spectacular, it is an example of the type of world-bending aspects that make portal puzzles so tricky. To gather enough speed to clear a large gap, you may need to do something like jumping off of a large drop into a portal on the floor that corresponds to another portal that will shoot you across the gap when you go through it. The retention of speed combined with the constant changing of direction make thinking about portal puzzles a challenging feat.

Portal’s puzzles become increasingly complex, keeping the player engaged while not overwhelming them with difficulty. Each level rewards the player with a short elevator ride to the next puzzle of the game. One clever thing that Portal accomplishes in its use of GladOS is that it is able to simultaneously advance the narrative and guide the player through different types of puzzles, creating a game that fluidly progresses in puzzle difficulty while giving the player a narrative goal (defeating GladOS) to give exigency to the puzzles being solved.