I wanted to pay homage to typical RPGs by making my own action RPG, including some of my favorites such as Zenonia and Pokémon. I wanted epic battle music to play as you attack monsters, preferribly with 8-bit aesthetic such as https://www.youtube.com/watch?v=rXefFHRgyE0. Most of all, I wanted to parody RPGs by making a game around a core theme: in RPGs, you are the hero, yet you kill and fulfill quests all for the sake of progressing the game. Would you become a monster yourself if it meant progressing the game? What truly separates hero from monster? In this way, I am heavily inspired by Undertale. 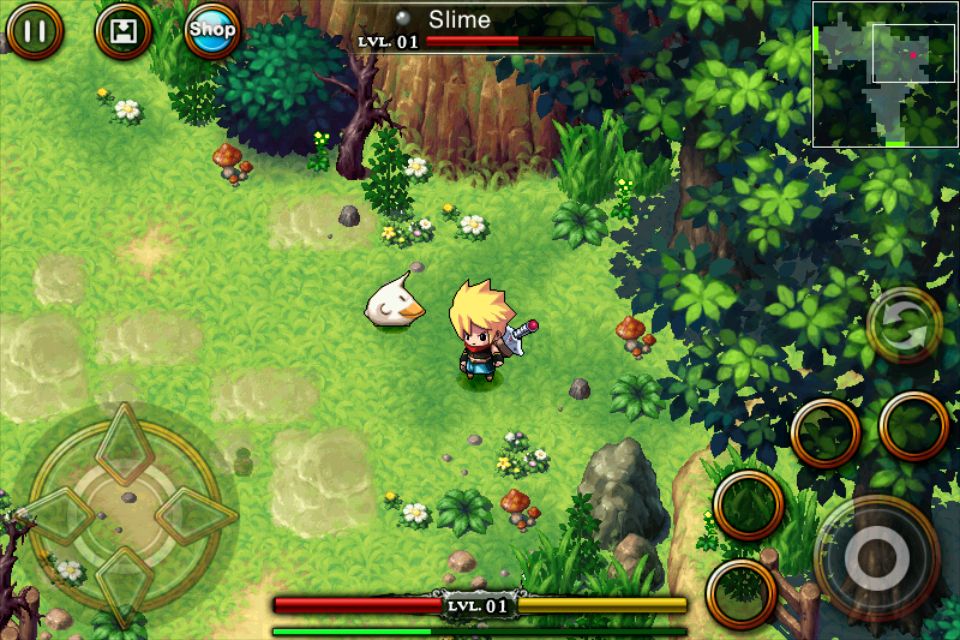 Zenonia, one of my inspiration RPGs.

The main emotions and mood I was going for was:

Mechanics and Types of Fun

The main mechanic is fulfilling quests for NPCs to move onto the next area by killing monsters and retrieving items. There is a short narrative and small challenges from trying to kill monsters before they kill you.

I anticipate the game to be a short vertical slice, considering I will be solo-making the game, a full RPG would probably be beyond what can be made in a reasonable timespan. Thus, the biggest challenge would be fitting my big ideas into a shortened and concise RPG.