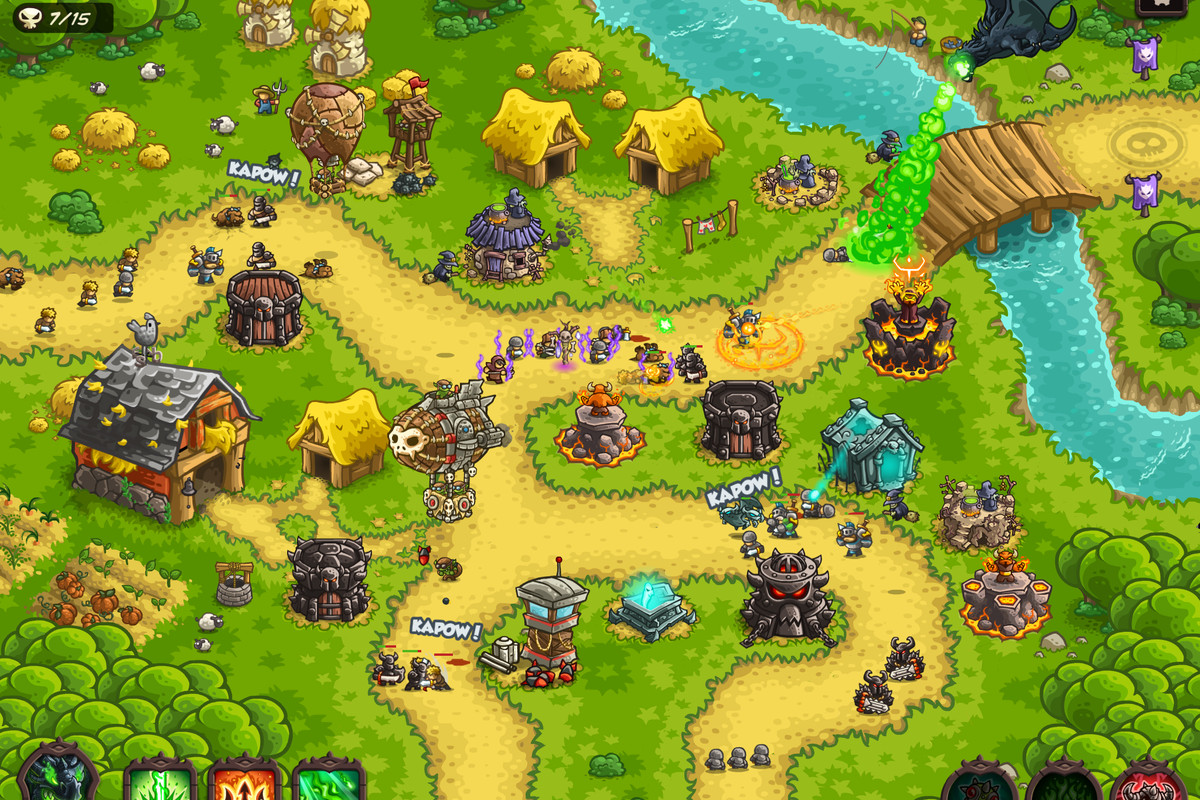 When I played Kingdom Rush, I instantly fell in love with the cartoonish graphics and the colorful art style. Even though technically gore-y elements such as blood and bones are depicted, they are so small and cartoony that the game nevertheless appears happy and bright. Even though the game relies on very high-stakes decisions and strategic planning, I rarely felt stressed while playing since the game’s vibrant colors were so fun. The game supplements these vibrant graphics with meme-y dialogue and creative enemy and hero concepts which evoked cartoons from when I was young — all of this contributed to me feeling nostalgic and calm instead of nervous while playing. In contrast, Defender II featured a more grisly graphic style — enemies are drawn in more realistic detail, and weapons and upgrades are given serious names. I felt that this game’s theme delivered nearly an exact opposite experience than I got from Kingdom Rush — the game itself featured significantly less decision making and lower stakes than the levels of Kingdom Rush (levels took a lot less time to replay when I lost) yet I nevertheless felt a lot more nervous and stressed while playing than when I played Kingdom Rush. The game’s layout itself reinforced this stressful feeling — it reminded me of old arcade game cabinets in which a loss meant the player had to start from the beginning — a stressful experience.

In summary, I found that the actual decision making and gameplay of the two tower defense games I played ultimately impacted my emotional experience significantly less than did the theme of the game. Even though I reasoned in my head that Kingdom Rush’s stakes were higher (levels took longer to replay) and had more possible points of failure (more decision-making points), I still felt more stressed playing Defender II. I could see each game being targeted to a different audience — Kingdom Rush may be more suitable for a causal yet strategic player whereas Defender II may be more suitable for a player seeking a quick adrenaline rush.