Whether at a family game night or coworker happy hour, a game that I love to play is Codenames. The mechanics of Codenames gives rise to a fun game of wordplay, social collaboration, and teamwork. Codenames is a board game for 4-8 players. The board consists of 25 words arranged in a 5×5 grid. Each word on the board can either belong to the red team, the blue team, bystanders (neutral), or the assassin. Players split into a red team and a blue team, each with one spymaster — the spymaster is the only one on each team who knows which words belong to which parties. The two teams compete to correctly guess their team’s words based on their spymaster’s one-word clue. A team wins when the team has correctly guessed all of their words, or if the opposing team guesses the word that belongs to the assassin. 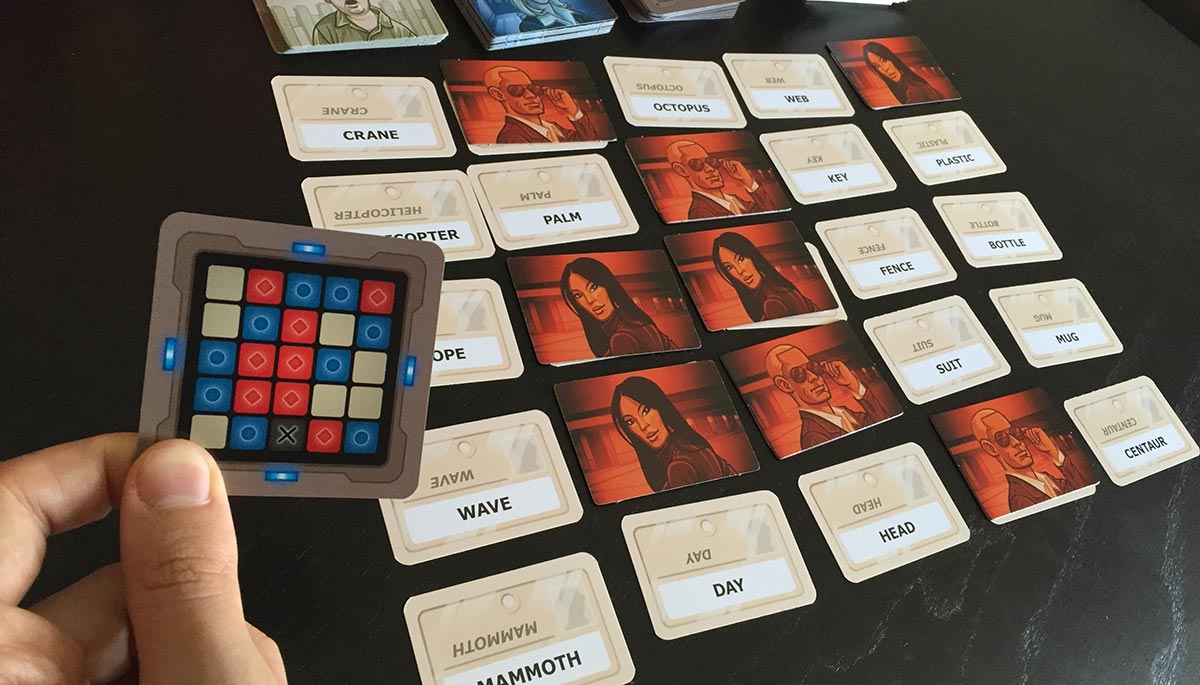 The game’s mechanics are the various actions, behaviors and control mechanisms afforded to the player within a game context, or the rules and systems that create the play we experience. I want to focus on the set of mechanics associated with the role of the spymaster as it gives rise to the aesthetic and fun of fellowship. The spymaster is the only player with knowledge of which words belong to which team, the spymaster’s clue can only consist of one word, and the spymaster must also provide the number of codenames associated with the clue. With this asymmetrical information, limited communication, and hint constraints that require creativity and out-of-the-box thinking, the mechanics associated with the role of the spymaster create a dynamic of collusion, creativity, and challenge. This also gives rise to the primary aesthetic of Codenames: fellowship. Codenames is a game of social framework. The restricted mechanics of the spymaster create a game where players must display fellowship among their team and work intentionally, thoughtfully and collaboratively.