I decided to choose a game that I love and play frequently called Cook Serve Delicious. It is a restaurant simulator game that was developed by Vertigo Games. You play through each day, serving the dishes on your menu by assembling ingredients using the keyboard or joystick. 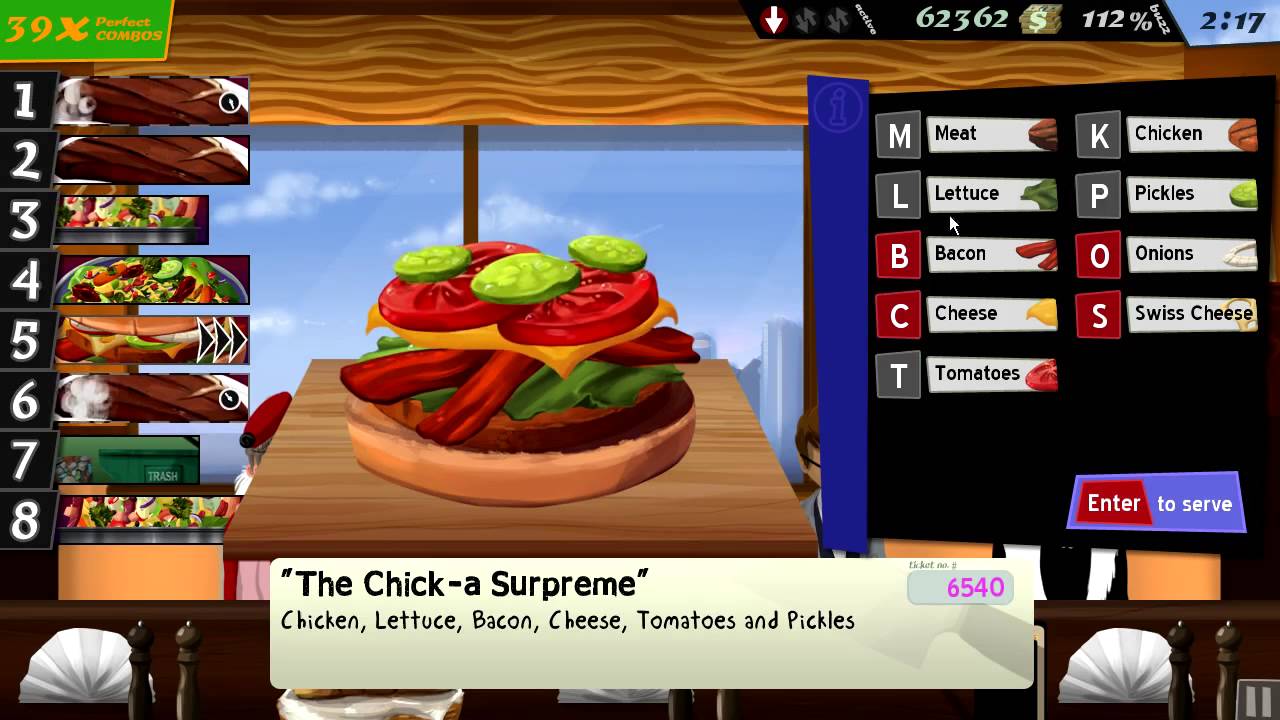 The game is fast-paced as your 15 hour day takes approximately 12 minutes in real-world time. Additionally, there is a rush hour for lunch and dinner, where customers come in at a much quicker rate than usual and their patience doesn’t last forever.

The game has tons of clever mechanics that keep the game challenging but fun. One of its driving forces is how self-paced it is. This means the game can be as balanced as you need it to be for it to be stimulating but doable. The dishes that you can serve are available for purchase once you have made enough money to acquire them. These dishes vary on an array of axes: 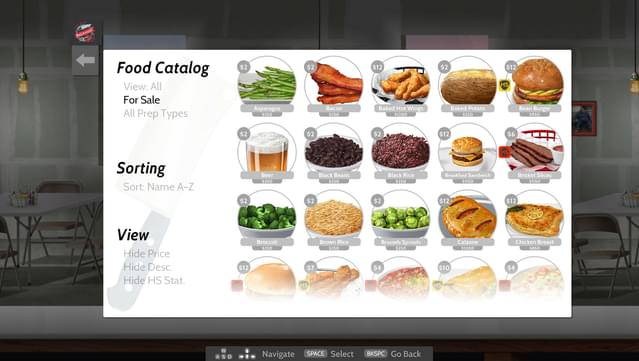 And it’s not clear if one type of food is better than another, it varies based on the player. However, having this difference allows players to learn slowly and experiment as they go. For instance, I used to avoid all of the grill/stove foods because I didn’t want to worry about waiting for them to cook but at some point I needed more of a challenge so I purchased the tenderloin steak.

On top of that, some dishes are hard simply because they require a lot of memorization. For instance, in CSD 2 there are lattes, which require many different stages of assembly:

The brew takes time and requires the proper ingredients. After it is brewed you must add the additions, which is where this screenshot is from. As you can see, there are 3 different colors of ingredients. Purple is the flavor shots, red is the additions like ice, milk and espresso, and yellow is the toppings. Sometimes CSD is nice and maps the keys to press nicely to the thing they are mapped to like L and Lid. But other times, the letter is already taken (like Cinnamon powder and Caramel Drizzle) so they go to the second letter in the ingredient (I for Cinnamon Powder). But that isn’t really intuitive to me, so I just memorize drink combos as letter sequences. Do I think this game is balanced? Well, I think it is a really awesome way to ramp someone into getting into the online restaurant business. I think you learn for a very long time and its super fun. However, I do think there is a point where you learn everything you can and each additional dish you acquire (and level up — leveling up dishes makes them far harder to accomplish). However, I think I am no where close to this point and I’ve sunk in many an hour. Additionally, they have CSD 2 and 3 in case you ever get bored.