I played What Remains of Edith Finch and it turned out a lot scarier than what I thought it would be. The first person viewing was extremely powerful for this game as well as the minimal interactions. The game is like a visual novel where new sections of the story come when you walk towards them. The game also does an incredibly good job steering people towards where the possible interactions are. 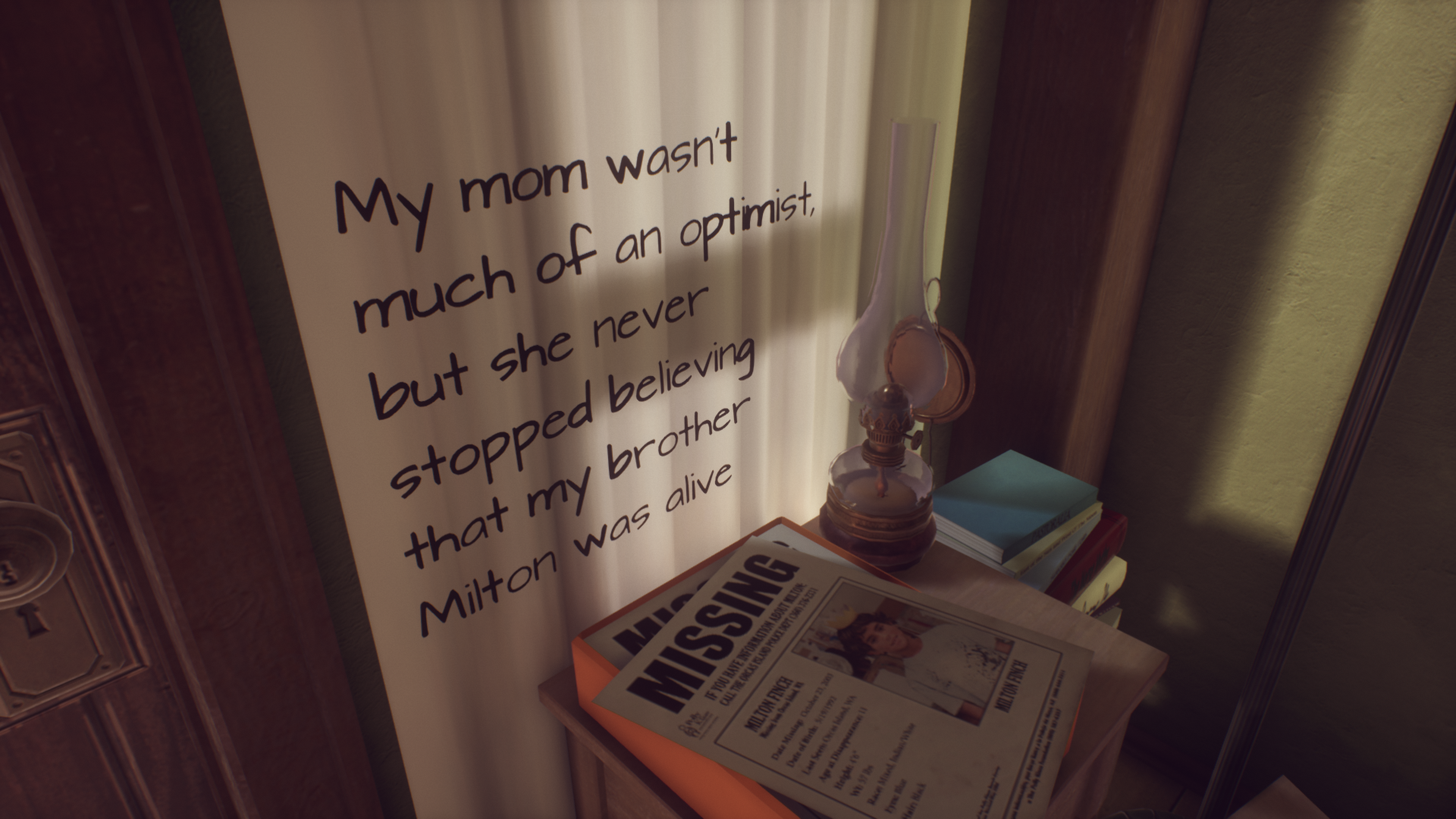 The walking simulator aspect was particularly powerful because of the immersion. One type of fun I think is very prevalent throughout the play is sensation. For instance, the sequence with learning about Molly and her transformations into other animals was an extremely visceral feeling. It was interesting to combine the visual novel aspect with the walking sim, which usually is seen with more open worlds. In this game, the goals are singular and straying from the path seems pretty much impossible so you really would only move to serve the needs of the character in that moment. When I was a cat, I had to eat the mother bird even though I really didn’t want to. Similarly, hunting down the seal as a shark was something I didn’t want to do but I had to do it because it was the only way to progress in the game.

I wanted to be upset with this game for limiting my freedom but then I realized that the situations I enter are predetermined. Edith is merely reading the journals and notes of her dead family members and re-living the moments. This mechanic is a strong point and one of my favorite things about the game. I love that I turn into new characters without warning or explanation and continue on in their lives until their imminent death.

The tone of this game is somehow uplifting. It is awful and horrifying yet in the same way, it has an innocence about it. I really enjoyed playing through some of this game and am really looking forward to finishing it this weekend.