“Before Your Eyes” is a game that takes an interesting spin on walking sims, developed by GoodbyeWorldGames and published by SkyboundGames on Steam. Players wake up as a soul in the afterlife and to pass on, they must recount their life story. The gameplay largely revolves around putting together this narrative, which is targeted towards more mature audiences as it deals with tragic, deep, and nuanced themes about life. 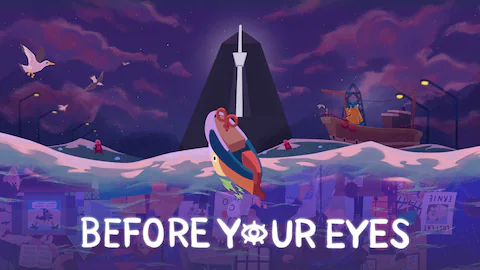 The game by nature is single player, with simpler mechanics and the goal of unraveling the story of the character one is playing as. The aim is to understand and put together the pieces of narrative as one progresses, and reach the end of the narrative–finishing this story is the only outcome. This makes for gameplay that isn’t too challenging and focuses on its main type of fun as Narrative, to which it succeeds. Alongside richly written story and fitting art and music, the player can immerse themselves without having narrative progress be gated behind difficult or unrelated mechanical challenges. That said, “Before Your Eyes” does implement a particularly unique mechanic with its use of eye tracking: blinks.

The game utilizes blinking as the way for players to interact in the game rather than the traditional mouse, keyboard, or “walking” style of most similar games. These blinks are used to transition between narrative points and at times to get closer to something, but the game is largely more in-place in terms of actual physical movement. It is more frequently used to look around, interact with objects or characters, and perform actions including simple challenges and even art! Because this mechanic is different from the norm, the game begins with simpler actions meant as an embedded tutorial, to help the player get used to using it properly. After this, the player simply follows the game’s narrative flow and the directions as new scenes or mini-puzzles arrive. 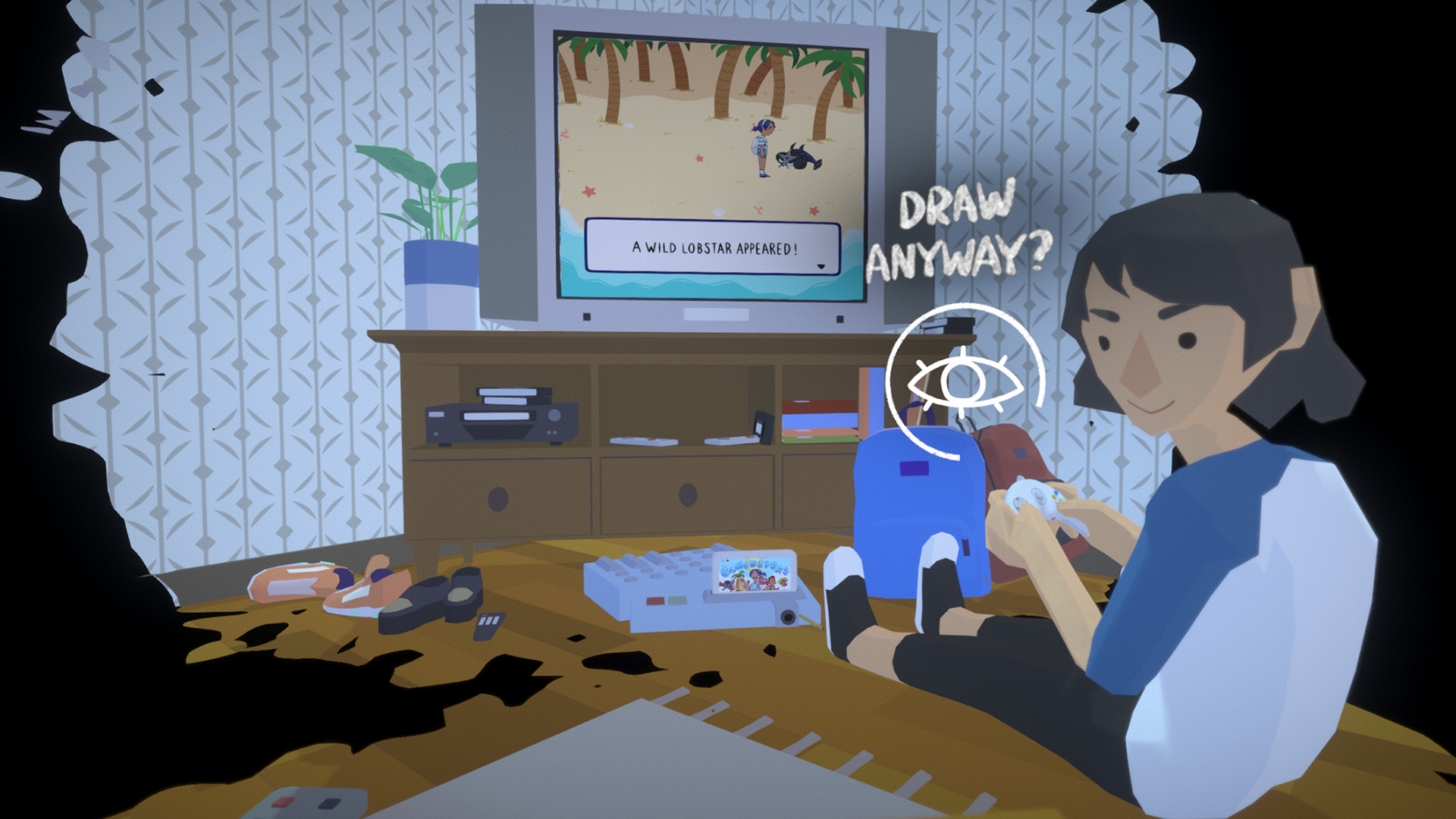 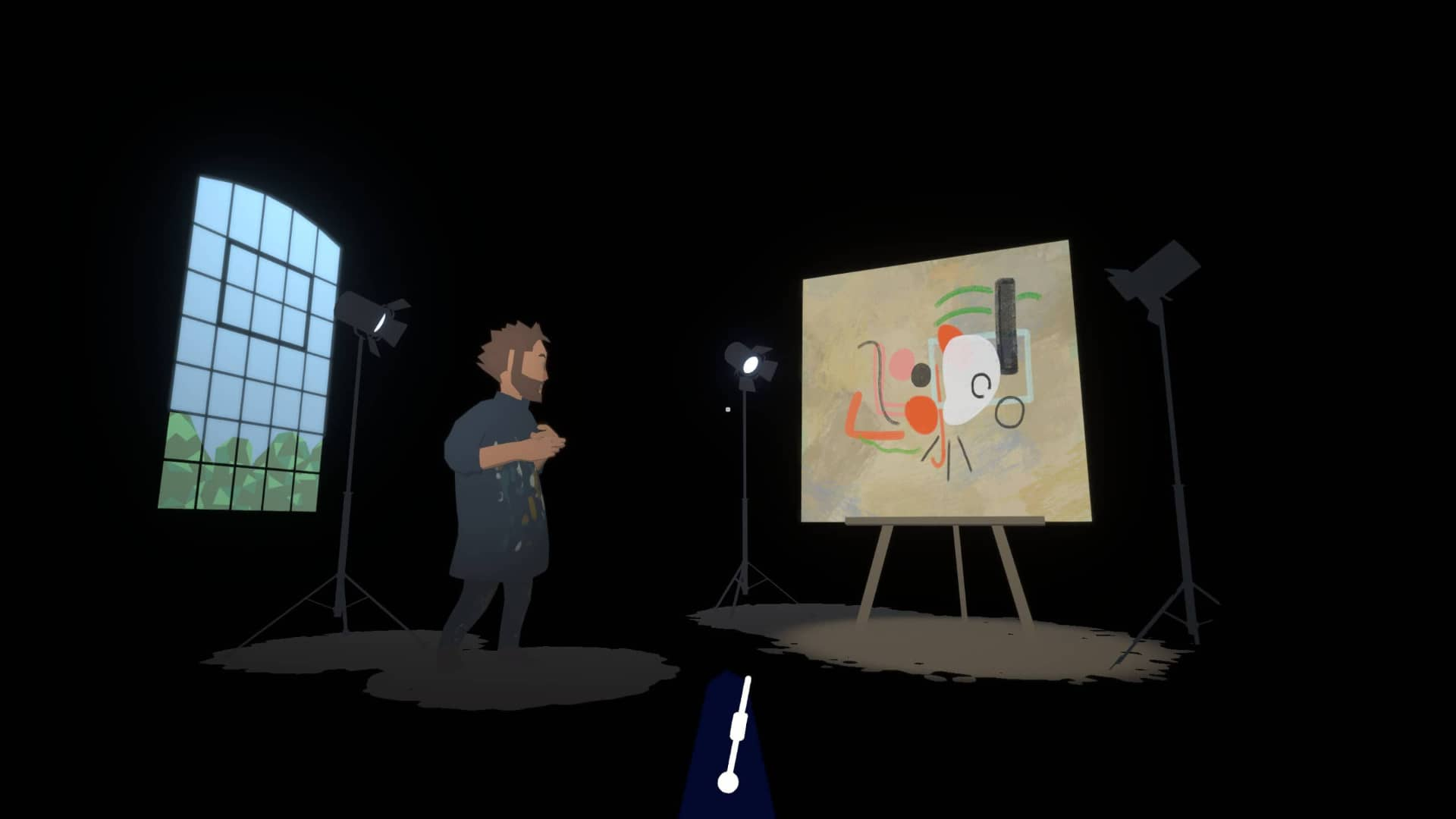 Blinks also determine how long a player is able to stay in certain scenes. The player often relives certain memories as they tell their story, and they blink to progress; hence if a player wants to stay in the moment as long as one likes, they have the challenge of trying not to blink even once. The game emulates this interesting and slightly frustrating notion of how life can pass quickly, and sometimes before we’re ready–some moments we get to fully bask in, others we may miss things, and others yet are all too ephemeral. On top of this, it adds the aforementioned slight conflict against the game, as blinking too quickly can prevent the player from figuring out every narrative piece at first or “missing” something. In general, I found this a particularly clever design decision where the use of blinking as a mechanic is simply but seamlessly worked into both a gameplay and narrative function. enhancing both. 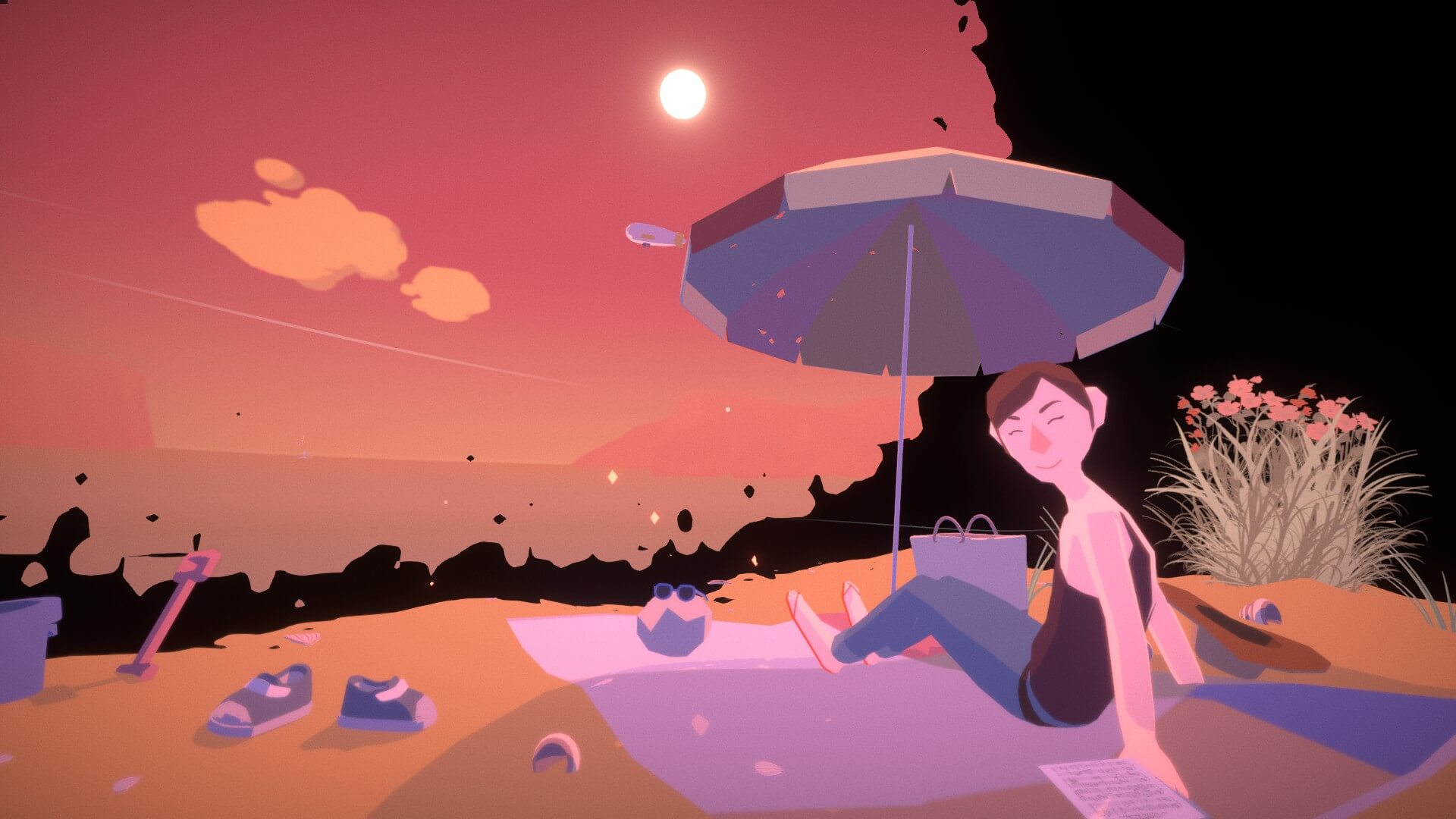 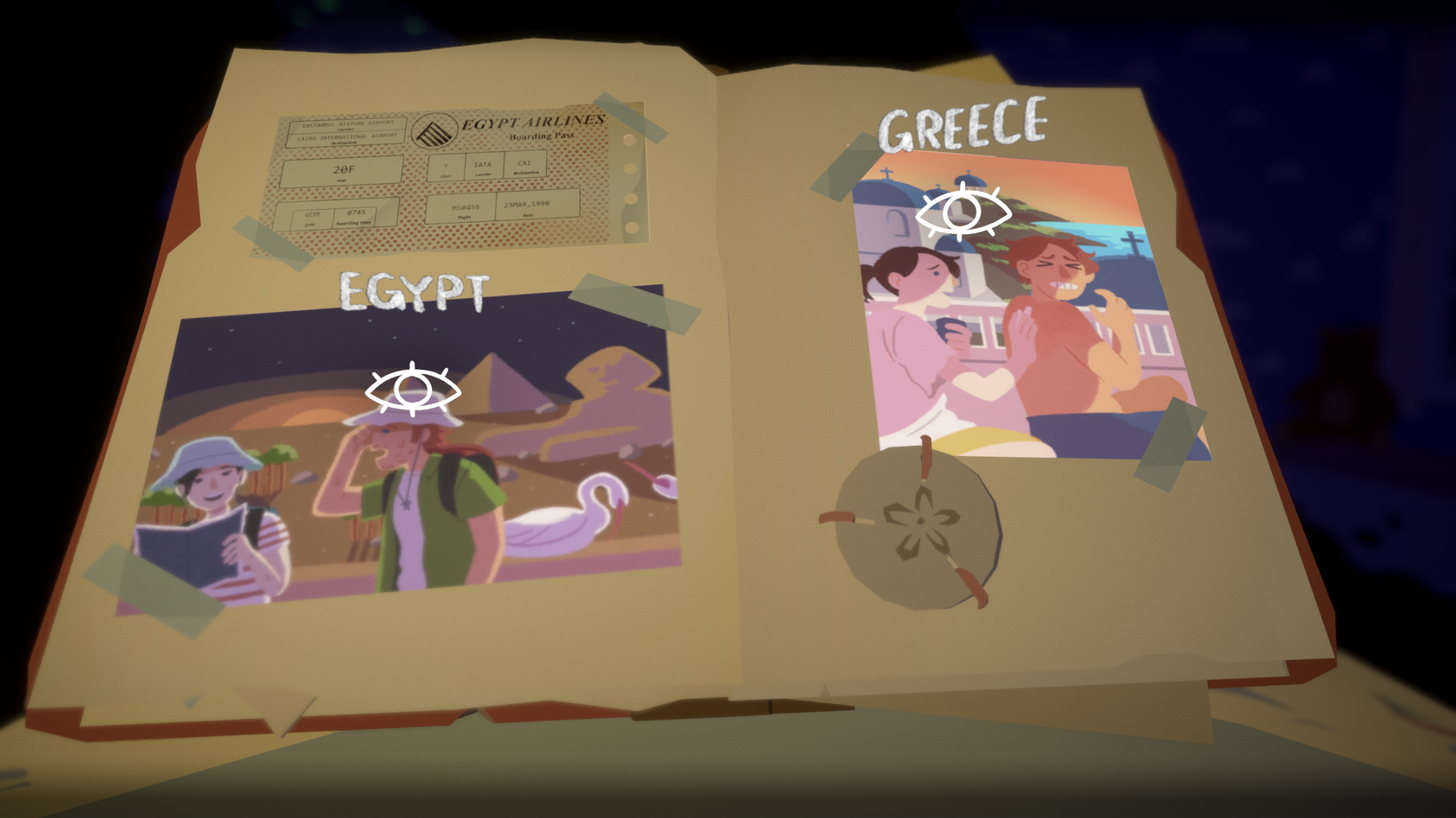 I found it also interesting how it felt to play a walking sim with relatively less movement given the blinks were the main form of player interaction, rather than a mere addition to the usual walking-around mechanics. Particularly in memories, the player feels like they are in-place for a scene, like they’re stuck in a slice of the past. I liked this connection, and also thought it was an effective and interesting way to distinguish the player’s perspective when in the present time versus when recounting a memory.

At the same time, I did somewhat miss having some more movement as it can already get a little antsy in walking sims with the more barebones mechanics. Blinking in “Before Your Eyes” is largely successful, but I did feel its limitations to some degree and might enjoy some more flexibility of motion. Perhaps even limiting it to the present world such that the player is able to move around a little more in the afterlife, but would stay more fixed in place during memories. I still wouldn’t want this movement to be too prevalent as I still think the blinking is a great core point of the game, but it could help the small feeling of restriction and also serve to further distinguish past and present states. 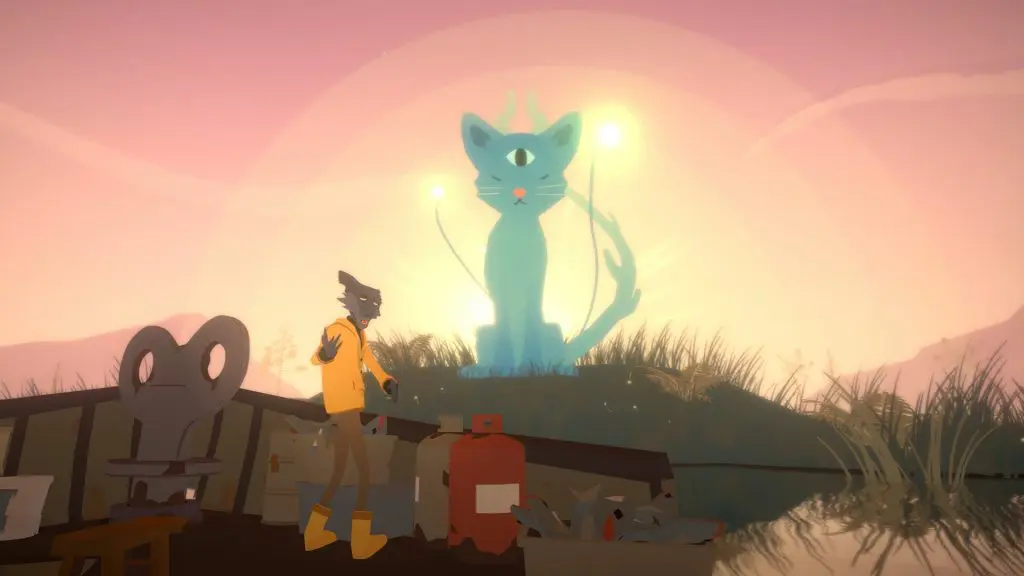 When playing “Before Your Eyes”, there’s really not much room to fail. I made a few common blunders such as accidentally blinking forward before I was ready, but as I learned I was able to better manage these moments and in turn, feel quite satisfied when I was able to really look around a whole scene, take in everything, and feel properly in the moment. It’s a great feeling to move on when one feels perfectly ready, and with the captivating narrative, the game feels like its teaching me to truly treasure these snapshots in life. Blinking was clever design to introduce as a fresh take on walking sims while still incorporating the core, traditional, and powerful feeling of interacting with and piecing together a strong narrative in a beautiful world.