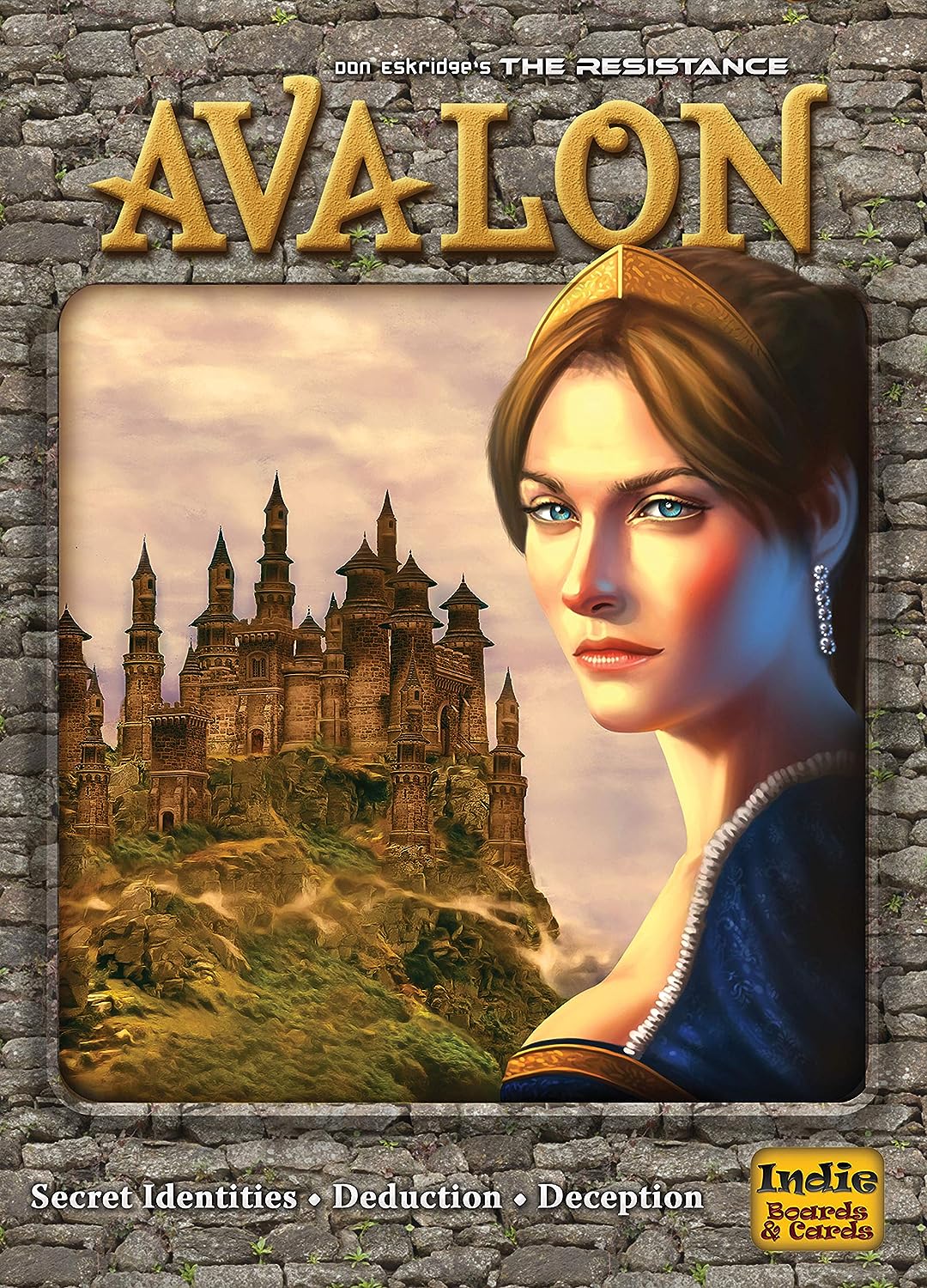 Notable Elements: 5 – 10 players. Each round, the person sitting next to the previous leader becomes the new leader. The new leader can choose a certain number of people to go on a quest with them. The players can then take two actions: vote to approve the quest, or vote to reject the quest. If the majority vote is to approve the quest, then the leader and the players each individually put forward either a pass or fail card. If you are on the blue team, you have to put down a pass card, but if you are on the red team, you can choose to put down a fail card instead. If there end up being any fail cards in the group of cards, then the red team wins a point. If the cards are all pass cards, then the blue team wins a point. The game has one particularly interesting element that doesn’t exist in other social deduction games, which is that one player is assigned the role of “Merlin”  at the beginning of the game. Merlin is on the blue team and knows everything about who everyone’s roles are, but no one else knows who Merlin is or what anyone’s role is.

Was the game fun?: I thought that the game was somewhat fun, but it was not one of the most fun games I have ever played. One reason it wasn’t super fun was that I don’t think that social deduction games are that fun to play with people you don’t know very well. When you play games like this with people you know better, I feel like there are more narrative elements that come into play that make the game more interesting. Without this, there isn’t any super challenging strategy that you can rely on instead to make the game fun.

Moments of particular success or epic fails: I played the game with 5 players. With only 5 players, it was pretty easy for everyone to guess who was on the red team, so I felt like it was impossible for the red team to win through the quests. However, it was also pretty easy for the other red team member and I to guess who Merlin was at the end of the game and win because there were only 3 blue team members, and each of them had a 1/3 chance of being Merlin. It would have probabilistically been much harder to guess who Merlin was if there were more blue team members.