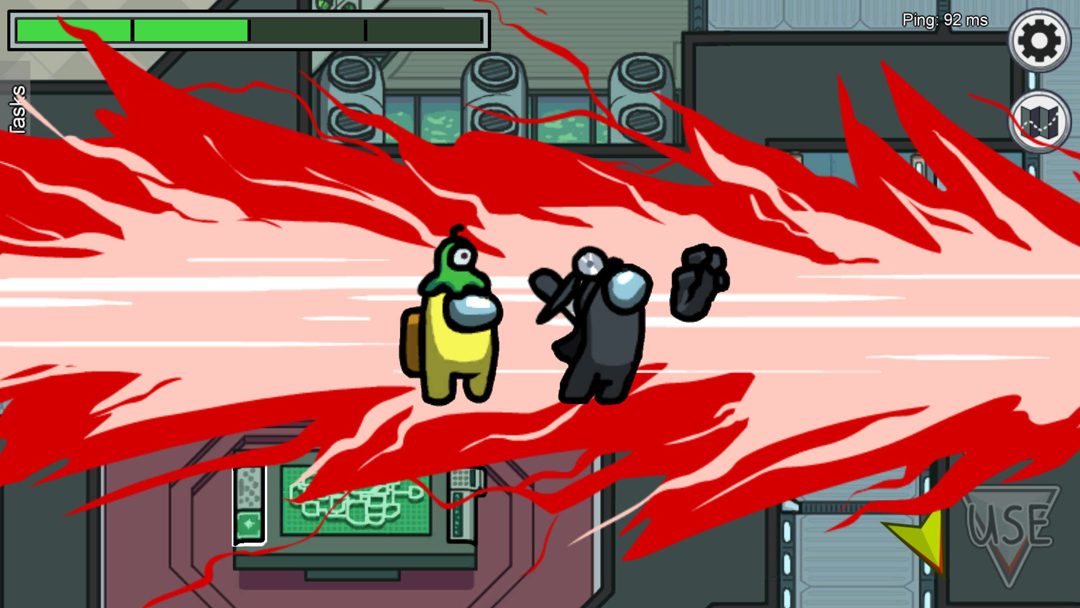 Notable Elements: 4 – 15 players; “Crewmates” can perform tasks to repair the ship, while “Impostors” can sabotage the systems of the ship and kill crewmates. Players can also report bodies and hold meetings to vote out suspected Impostors. Fear and lack of trust often lead to misperceptions or miscommunication, usually resulting in an innocent crewmate being voted out or a more extreme failure (i.e. crewmates not separating to fix a double oxygen leak in time, believing the impostor may sabotage the repair of the other). I find the game to be more complex and interesting than other similar ones such as One Night Werewolf because of the greater number of possible actions players can undertake in navigating the situation. Players can move around a physical environment and are capable of seeing kills happen with their limited field of vision, forcing the impostor to be much more strategic with their movements and murders. Crewmates also have tasks they can choose to complete as an alternate victory pursuit. This creates many more opportunities from which players may deduce information which, in turn, complicates debates over who the impostor is and makes them more interesting.

The game is fun albeit a bit frustrating when miscommunication occurs. It’s very fun managing to pull off a successful impostor round, sneaking around the suspicions of crewmates while tactically killing and framing them. As a crewmate, it’s most fun when you’ve caught the impostor completely red-handed, either by figuring them out perfectly or catching them in the act of a poorly-timed/positioned murder.

Epic Fail: Being the first one to die, I had to silently watch in pain as the impostor went on to successfully blunder and kill the remaining crewmates, despite playing on his phone, with an open mic, and video on, broadcasting impostor noises such as the venting sound as well as bright red flashes of light on his face whenever he killed someone.

Things I would change: I would like to add proximity voice chat, additional roles such as a sheriff or jester, and even additional mechanics for the impostor or crewmates that could be brought in via a pre-game loadout or through discovery or progress during a match. Examples could include a crewmate discovering or unlocking a single-use weapon or instant repair-kit, or an impostor mutating as they accumulate kills to be able to shapeshift and impersonate another player.